It took two decades to walk a long and windy road to mainstream returns on cleantech investments. Clean tech 1.0, 20 years ago, happened when the internet bubble busted and Silicon Valley VCs jumped into cleantech. Solar and fuel cells were hot, driven by expectation of mass adoption of fuel cell cars by 2020. The Obama era, with its subsidies and feed in tariffs, saw solar and wind power scale to utility scale but also the financial crisis. Capital intensive was a curse and breakthrough technologies were starved of capital. Venture capital lost about half of the $25B they invested in cleantech between 2006 and 2011, according to PWC , leading them to pivot to software and AI.

This decade, starting in 2020, will see converging drivers like competitive cost levels for renewables, carbon neutrality targets and increased pricing of externalities like GHG emissions. The writing is on the wall for cleantech mainstreaming with “build back better” policies, continued downward trending of cost curves, financial investors readjusting their portfolio’s and politicians reaching consensus that something has to give with respect to the climate. 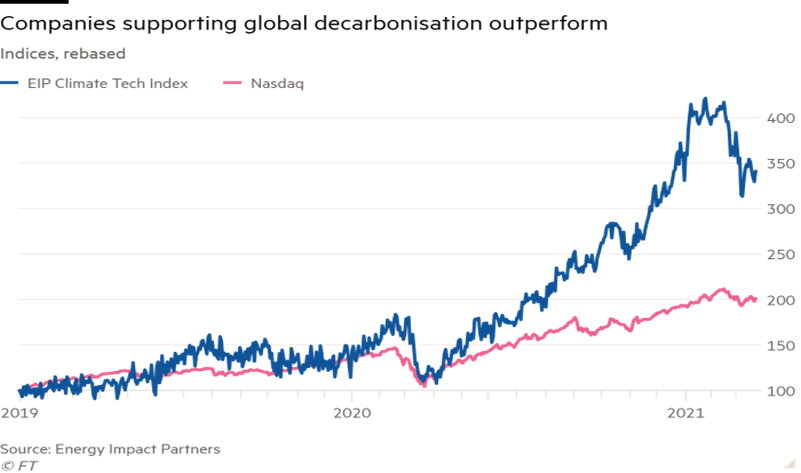 True, companies who promise carbon neutrality will have to put a strategy in place that will largely depend on innovation and technology. The opportunities but also the threats and risks are much more internalized now by corporate leaders. It is no longer just activists or Al Gore speaking, it has become strategic.

Overallocation of capital in a rush could derail the cleantech train again. On the other hand, investors who have been there and have the scars on their backs could learn from earlier mistakes and apply sound criteria for cleantech investments. They can also target specific wicked deep decarbonization problems and have impact thresholds for investing.

Until now big companies from the hard-to-abate industries have not really jumped in and tried to get ahead of the curve. That is changing too, admittingly sometimes through external pressure but increasingly also through a strategic insight in a future where avoiding the worst impact of climate change will determine their license to operate.

It seems that cleantech 2.0 is on a one way street now. We will drive electric, use renewable energy and will want to breathe clean air. Investing will still require a cool eye on fundamental economics, if a technology works and if there are differentiating advantages that are defensible.