Under the Paris accord in 2015, almost 200 countries agreed to limit global warming to 2°C or ideally 1.5°C, to avert catastrophic weather events. This requires them to individually pledge significant cuts in their emissions. The current most optimistic pledges and net zero targets that have been set by the countries at the COP26 climate summit, exhaust the carbon budget for minimizing global warming to 1.5°C with a 50% probability in the early 2030s. Cutting global emissions in half by 2030 postpones the date by which a 1.5°C carbon budget is exhausted. However, this is not yet sufficient to stay within the 1.5°C limit. Reaching net zero by 2050 limits CO2 emissions close to the carbon budget for keeping global warming within 1.5°C with a one-in-two chance. The bottom line is that the delegates of nearly 200 countries left Glasgow with the same grim mathematical problem as they had when they arrived. The most optimistic case estimate of a 1.8°C temperature rise is only possible based on the heroic assumption that this time countries will meet all their 2030 promises, as well as reaching net zero by 2050 (IEA, the Climate Action tracker however, estimates that the climate pledges made so far add up to 2.4°C warming by the end of the century. The real-world difference between to two numbers would be profound, if not “catastrophic” (UN chief Guterres). 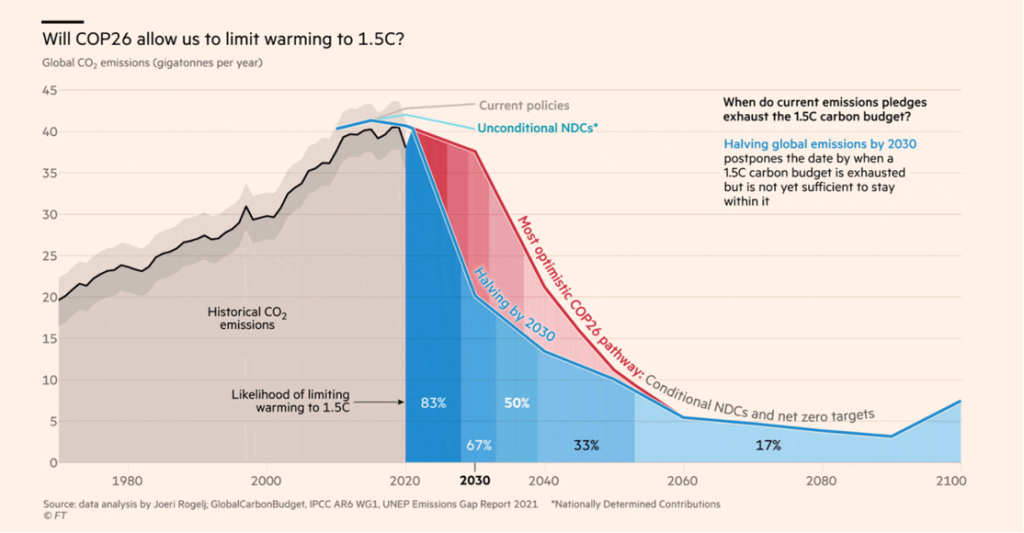 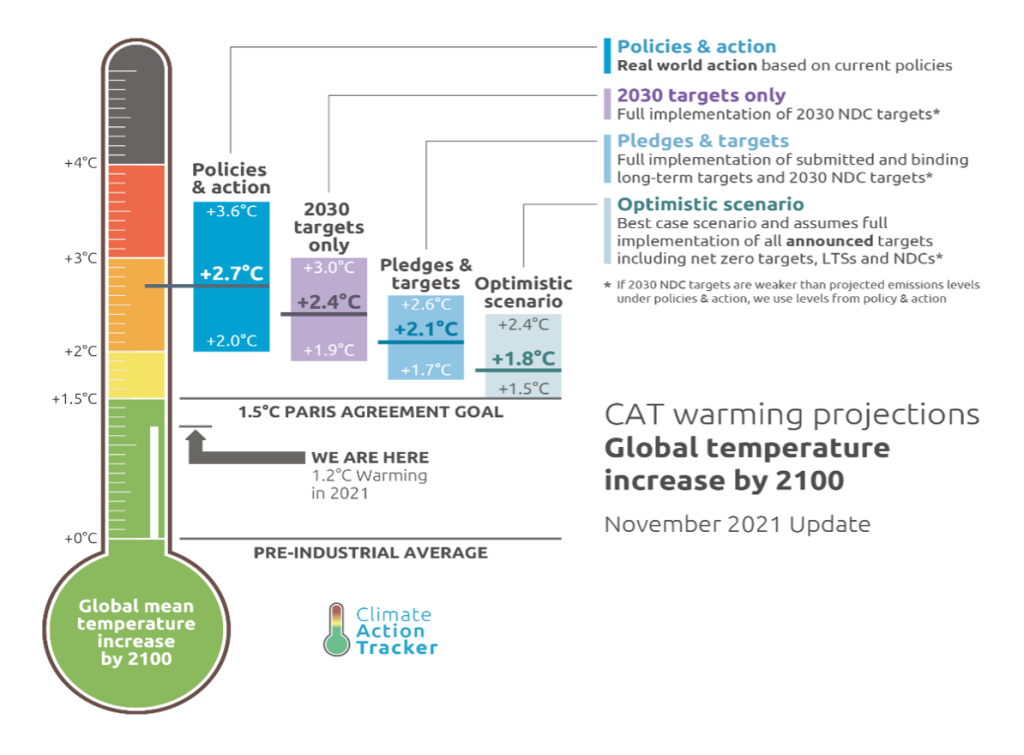 The bottom line is that, unless countries will announce individual, more aggressive emissions targets, there is little chance to keep the 1.5°C goal alive, and it will be dead by COP Egypt.

We may not have the time for incremental change, because otherwise the complex natural system on which life depends will flip suddenly from one state to another. Our social and economics structures share characteristics with these natural systems; they have self-reinforcing properties- that stabilize within a certain range of stress but destabilize when the external press becomes too great. They are then driven past their tipping points and can flip quickly. Let’s hope that these dynamics can be used to the climate’s advantage (it is researched that a critical threshold is reached when the size of a committed minority reaches 25% of the population, at this point social conventions can suddenly flip). Maybe that is our best hope to trigger a shift in politics and technology.

Part of the “glass half full” was the large number of leaders from big finance and big business present, I was told this was a major change from previous COPs.