A new report from the Climate Action Tracker, a world renowned leading climate research group, indicates that the world is on track for a disastrous 2.4 degrees Celsius rise in temperatures by the end of the century based on the short-term 2030 emission goals countries have set out. The report points to a “massive credibility, action and commitment gap” that casts a long and dark shadow of doubt over the net zero goals put forward by more than 140 countries, covering 90% of global emissions.

The findings of the report suggest the agreements made at COP26 represent a “dangerous” false hope and that targets for 2030 remain totally inadequate: Even with all new Glasgow pledges for 2030, we will emit roughly twice as much in 2030 as required for 1.5°. Therefore, all governments need to reconsider their targets. According to the researchers we need to see a profound effort in all sectors, in this decade, to decarbonise the world to be in line with 1.5°C. 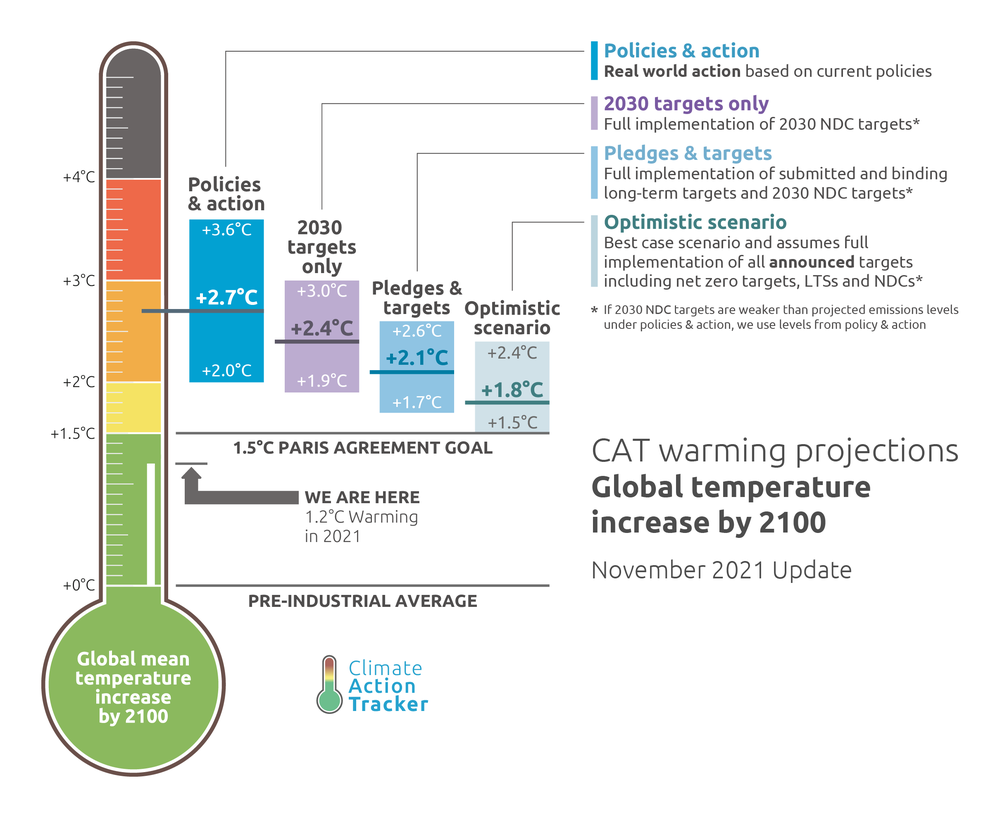 If governments are serious about the Paris Agreement’s temperature limit and their own net-zero goals, they need to translate those long-term goals into net-zero aligned ambitious 2030 targets and implement the necessary policies today. Developed countries will also significantly increase the climate finance available to support the transition. Until this happens, there is no cause for celebration.